We are hiring! With great pay and benefits. Click HERE to see open positions.

Think about all the ways furniture has evolved in the past decade.

Now try to imagine how furniture has changed over the past century.

You begin to get an appreciation for what it must take to have owned a family furniture business that has serviced customers all those years.

“If I were to pick the top reason we’ve made it all these years, it’s that as a family we’ve just decided that we invest almost every penny back into the business,” said Eric Sinclair, president of Montgomery’s and the fifth generation of family leadership.

“Reinvesting back into the company has enabled us to evolve very quickly, from how fashionable our showrooms are to how we take care of our facilities, to having enough inventory and, most importantly, building great teams of people to make it all happen.”

In 2023, Montgomery’s marks a big milestone: 135 years in business, from a single store in Alexandria to a four-location home furnishings powerhouse known for full-service home interior design and outstanding customer experiences.

“Montgomery’s is known for highly fashionable, high-quality and really unique home furnishings,” Sinclair said. “We hear it a lot, especially as more people are moving to South Dakota from larger areas. They’re not expecting what they discover here for home furnishings.”

Montgomery’s roots are in serving growing communities. In 1888, Alexandria was where the train line ended in Dakota Territory and George H. Montgomery departed after boarding in his native Wisconsin. He was a woodworker who used his skills to start Montgomery’s Furniture and Funeral, building both furniture and caskets for the early settlers. 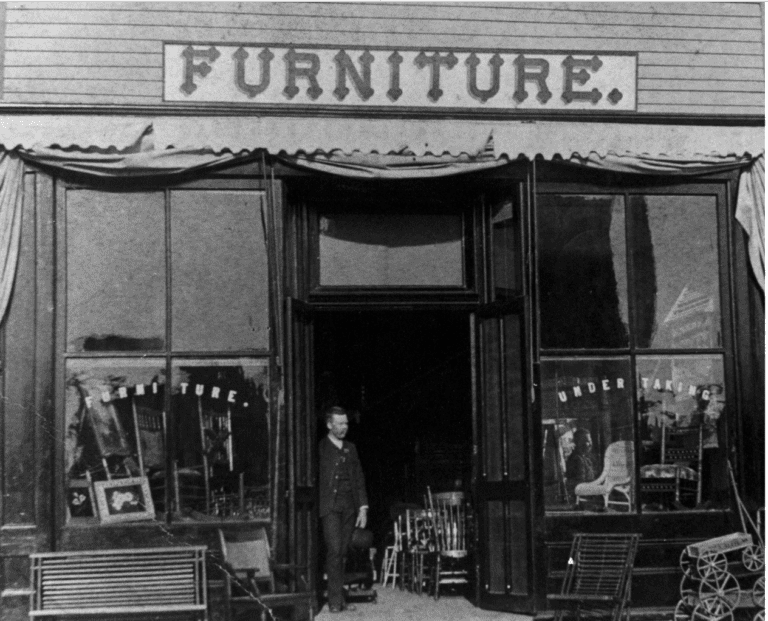 A fire destroyed the Alexandria store in 1964, which was replaced by one along the interstate. Future stores followed in Arlington, Howard and Sioux Falls.

Son-in-law Clark Sinclair joined the business in Howard in 1977.

His son, Eric, and daughter-in-law Neala moved back to South Dakota in 2006. 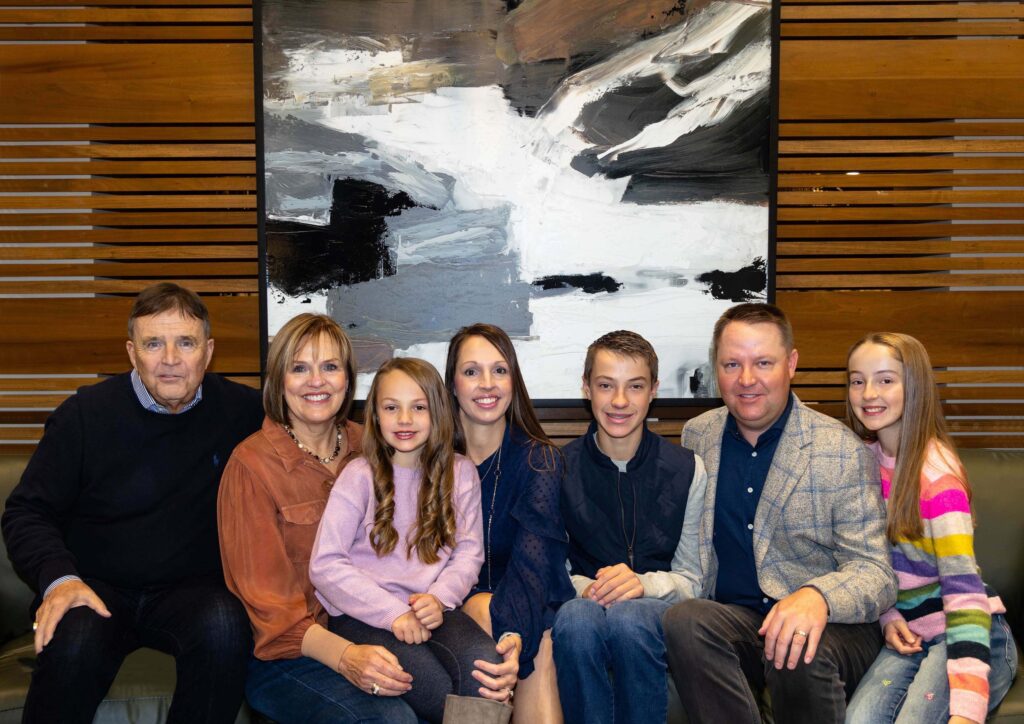 “My mother and father, Connie and Clark, are still very involved, and my wife and I are involved as the fifth generation,” Sinclair said. “Our three kids aren’t involved yet, but hopefully one or multiple of them show interest in carrying on one of the original retail businesses in South Dakota.”

But first, they’ll have to work elsewhere as part of a family tradition that also has contributed to the business’ longevity.

“We like our next generation to go out and have other jobs before they come into the family business,” Sinclair said. “That’s been critical. For me, I worked for a manufacturer of custom upholstery and worked with independent retailers in home furnishings all over the country. It allowed me to see what worked and didn’t work and was invaluable to my education as I came back and kept growing the business.”

Montgomery’s has lots of plans for celebrating its anniversary year – with more announcements to come – but 2023 will kick off with a fun giveaway. Four lucky shoppers will win a whole-room giveaway, valued at $13,500 each. One winner will be chosen from each store – Aberdeen, Madison, Sioux Falls and Watertown – and all you have to do is stop in to enter from Jan. 3 through Feb. 6.

“One thing that’s extremely important to my family is giving back to the communities we serve,” Sinclair said.

“I think that’s been a reason for our success for multiple generations. We do an immense amount of giving within our communities, and for the anniversary year, we’re excited to be focusing on that even more. We wanted to start off with something fun that our customers would appreciate as they stop in the stores and dream a little bit about what is possible.” 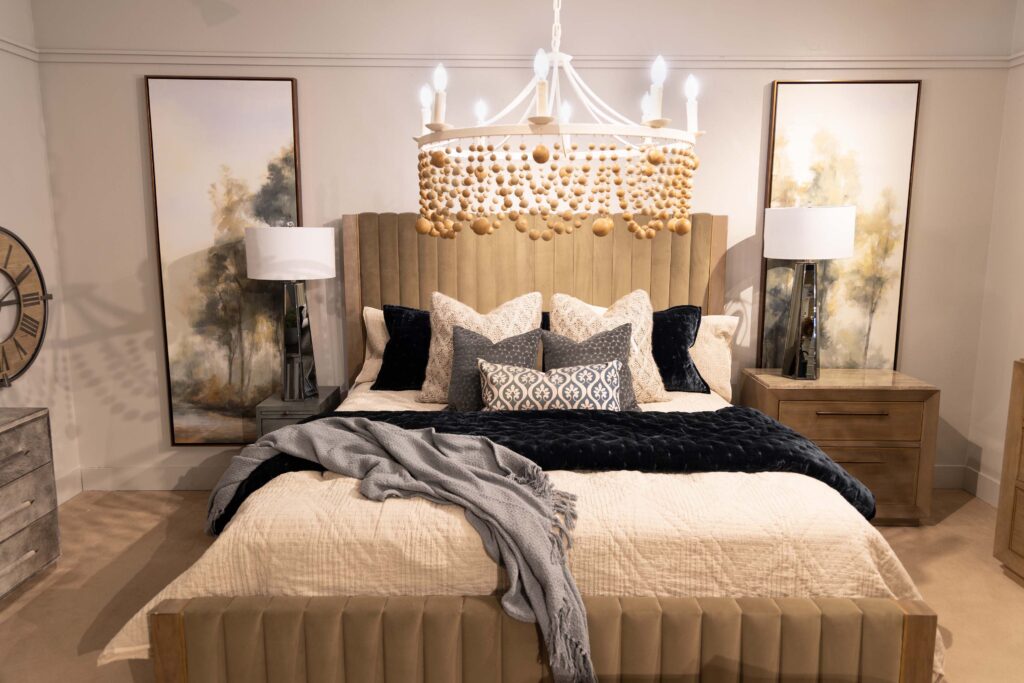 “Recent times have been wonderful,” Sinclair said. “It’s been a good year, and in our area people keep moving here and keep building and remodeling homes. Generally, since COVID, consumers are investing more in their home furnishings, and we have seen that. They’re much more focused on their homes and making sure they’re surrounded with beautiful things and feeling comfortable in their surroundings.”

“Maybe you’re starting a new job or just bought a house, you’re getting the kids in school, and there’s a lot of change in your life. So if we can be the ‘easy’ button and create a beautiful space in the home, that’s wonderful for consumers, and a lot of them are utilizing those services, which are complimentary when you work with us.” 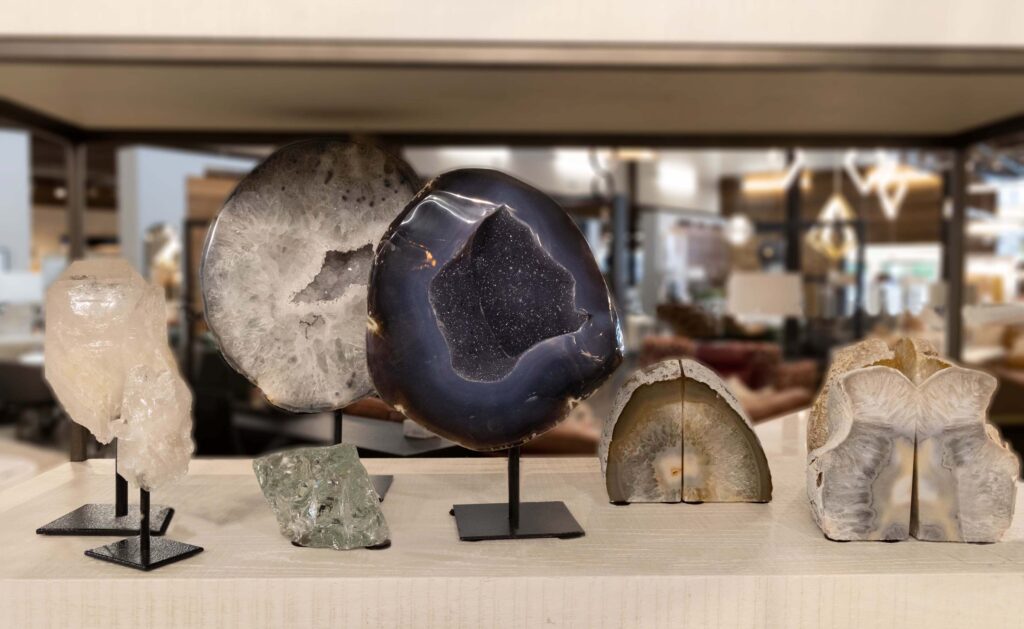 Montgomery’s has invested in more inventory, making sure customers are able to enjoy their new furnishings as soon as possible.

“We have four times as much warehouse space as we did when the pandemic started, and it’s full,” Sinclair said. “We’ve made a strategic decision that having stock on hand is really important. The customer wants something now, and that’s becoming a bigger part of the buying decision.”

But Montgomery’s also is known for its customization options, and that continues too. 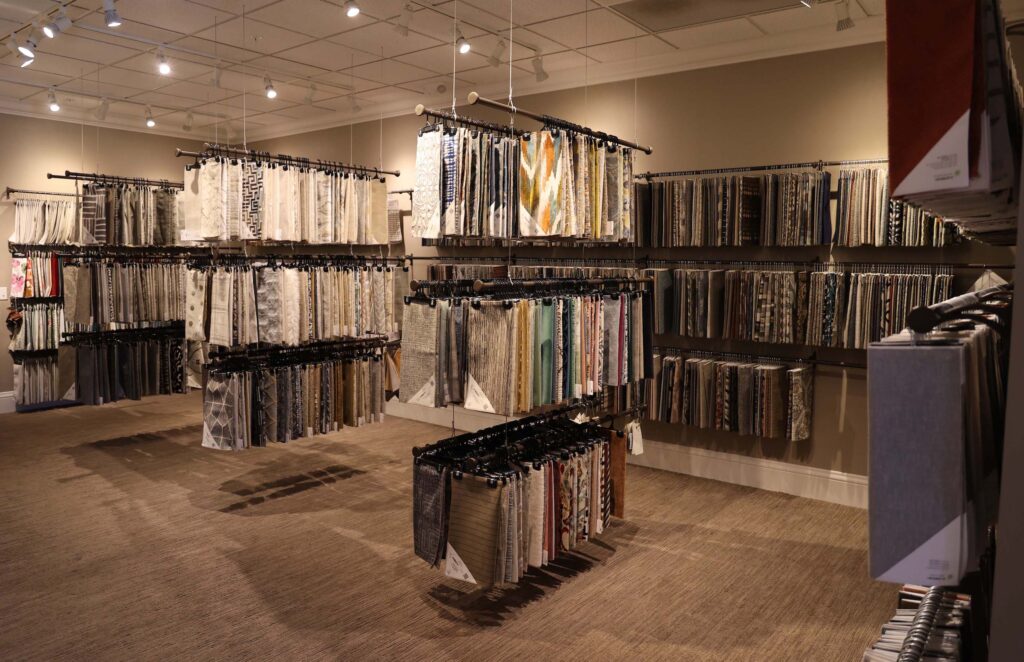 “About half of our business has historically been about special orders and customization, and that is really starting to come back as we’re experiencing more normal lead times,” Sinclair said. “With so much design support in-house, customization is important to our customers but so is knowing that they can get their selections quickly.”

Entering its 135th year, the Montgomery’s team, fittingly, has grown to about 135 people. And while there’s always room for new team members looking to grow their career, “we’ve been very fortunate to be in a really good position when it comes to our teams,” Sinclair said. “We’re seeing more people come to us looking for stability, which is something we can definitely offer, but we also want to make sure it feels like you’re part of a small family business.” 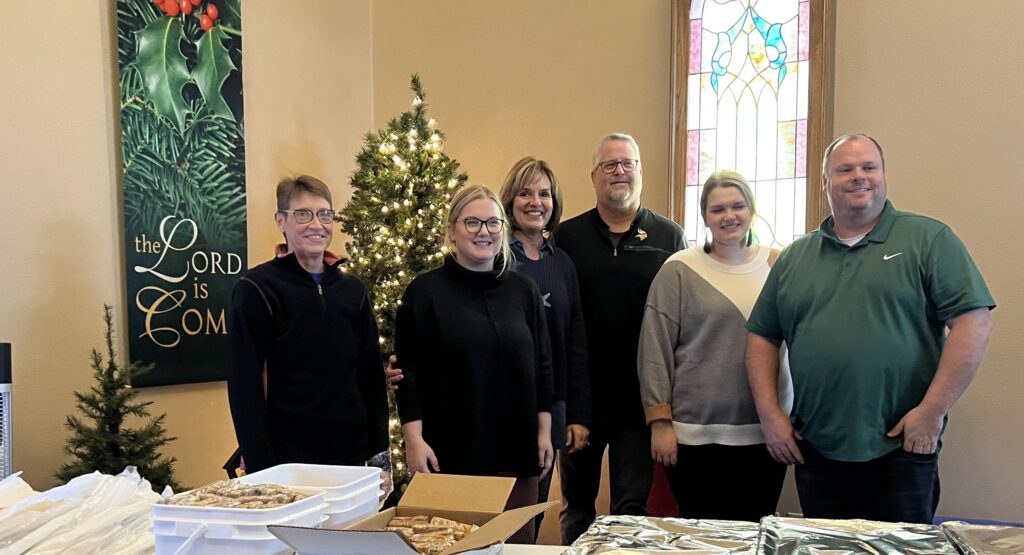 That includes a Culture Club that brings forward monthly ways to keep work fun, from turkey bowling in November to a “seven days of Christmas” experience during the holidays.

“We like to do things like bring in lunch and set up hot cocoa bars to make sure people enjoy their co-workers and environment, and know they’re part of a company that values relationships and having fun at work.”

In a business culture when chain stores and national franchises rein supreme, Montgomery’s Furniture, with its 126 years of experience and five generations of family leadership, is a bit of a novelty (to put it lightly). But, despite its unique status, Montgomery’s success has certainly been no fluke. A combination of pioneering spirit, hard work, and an endless drive to continually improve, cultivated over five generations, have been key ingredients in the business’ longevity.

Montgomery’s Furniture was founded by George H. Montgomery in 1888, a full year before South Dakota would even be admitted for statehood. The original store was opened in Alexandria, South Dakota, but expansion and customer demand eventually led to the opening of stores in Mitchell, Sioux Falls, Madison, and Watertown. Continued success and dedication to their customer base have led to further expansion and renovation in all of the stores, with the current Sioux Falls renovation being the newest and largest of those endeavors.

When he first opened, George had a simple mission to create a furniture store that not only provided the highest quality of products, but that also cultivated a standard of customer service that was second to none. Fifth generation owner Eric Sinclair who, along with his father and mother Clark and Connie Sinclair, and his wife Neala, own and operate the stores in Sioux Falls, Madison, and Watertown, emphasizes that this mantra is just as strong now as it was when his great-great-grandfather first opened. “Quality of service has been, in my opinion, a major factor in Montgomery’s 126-year success. We have very high expectations for our product and our brand, and we personally play a role in almost all processes from start to finish.” Sinclair also emphasizes that the “Family Atmosphere” at Montgomery’s extends well beyond the ownership. “We’re distinctly aware that Montgomery’s success is a direct correlation to the many quality employees we have at each of our stores and also to the loyal customers and community base that’s been cultivated throughout the years. We wouldn’t be where we are without these groups and individuals and it’s our commitment that they all feel welcomed into the Montgomery’s Family.”